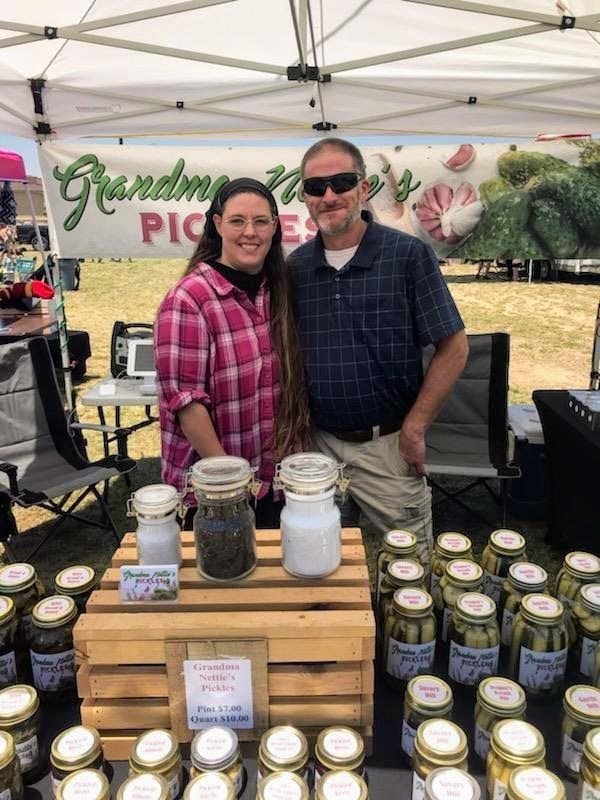 Grandma Nettie’s Pickles is a family owned and operated small business, based out of Wolfforth, TX, and was started by Jeff and Mahriah Dickson in the summer of 2017. Jeff and Mahriah were raising 15 children, supporting their large family by selling fresh eggs, dairy calves, operating a small construction business, and selling baked goods from their home-based cottage bakery. The Dickson family wanted to expand their bakery, and they prayed that they could do it in a way that the whole family would be able to participate.
In June of 2017, they started selling baked goods at the West End Farmers Market in Lubbock, TX, and they decided to make a few jars of pickles using a family recipe from Jeff’s great-grandma, Nettie Taylor, to sell at their booth. Their first batch of pickles only made six jars, and they sold out within one hour, so the next week they doubled the recipe, and they sold all of those jars too. By August 2018, their family had a booth selling pickles in eight different flavors at the Lubbock Downtown Farmers Market. 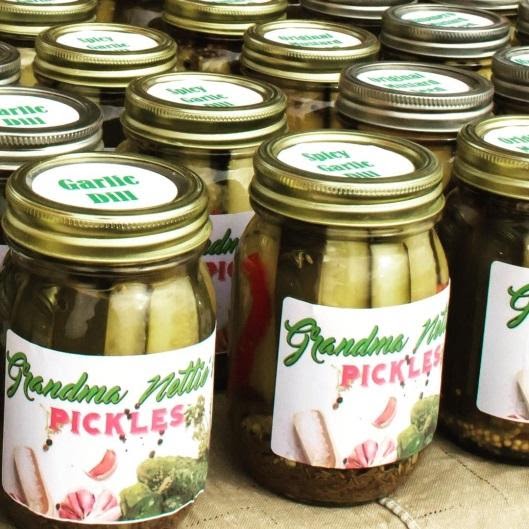 By the time August 2019 rolled around, the Dickson Family was making around 60 gallons of pickles per week. They needed a year-round outlet to sell their pickles, so they invited the entire community to their property, where Mahriah was born and all of their children were raised–and that is how the Wolfforth Farmers Market was started. 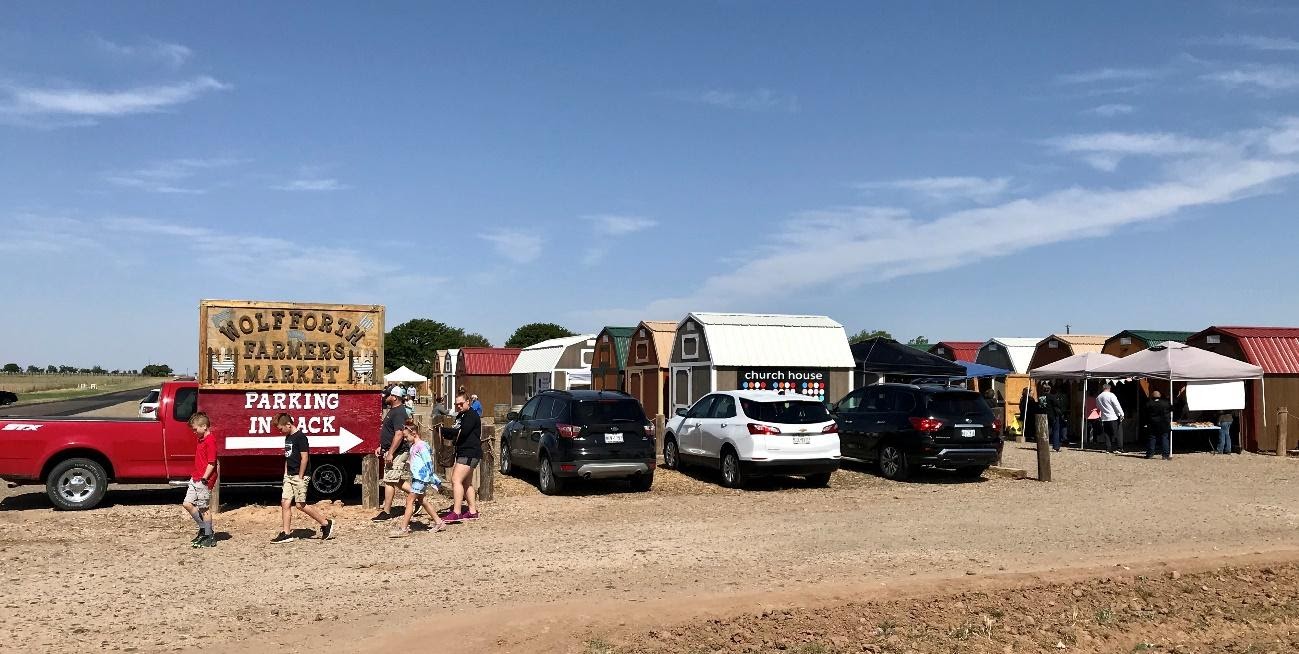 Now in 2020, you can find between 1,000 and 1,500 customers flocking to the Wolfforth Farmers Market every Saturday from 10am until 2pm year-round to shop with around 85 outdoor vendors who are set up in individual vendor barns or under canopies outside in Vendor Village. They also have an Indoor Market with products for sale from an additional 20 vendors and food trucks, every Saturday.
Grandma Nettie’s Pickles has expanded, and they are now offering pickled vegetables, including okra, green beans, asparagus, cauliflower, mixed vegetables, garlic, beets, onions, and jalapenos. Grandma Nettie’s delicious pickles and pickled vegetables can be found at the Wolfforth Farmers Market and the Lubbock Downtown Farmers Market.

Grandma Nettie’s Pickles is a family-owned and operated business, located in Wolfforth, TX. Grandma Nettie’s recipe for her famous Original Mustard Seed Pickles is what started this local small business that her great-great-grandchildren help run today.