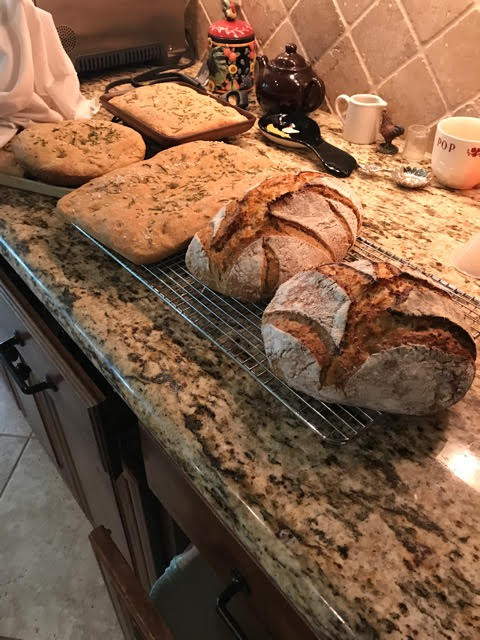 Gluten intolerance has become very prevalent through consumption of “our daily bread,” primarily due to inferior methods of bread making which include using bakers yeast to speed up the process of creating leaven as well as using modern grains that lack the nutrients of the more ancient varieties, some of which have also been genetically modiﬁed. All this – coupled with farming practices which often include application of glyphosate and other harmful chemicals that damage the already mineral-depleted soil, the grains, and ultimately the consumer – has wreaked havoc with gut health.

Thus, for many who experience discomfort consuming ordinary bread products, sourdough can be the antidote because adequate fermentation coupled with ancient grains create healthier digestion by lowering phytate levels found in grains, better absorption of minerals, and is less likely to spike blood sugar levels. And to top it off, the ﬂavor and texture of a well-fermented sourdough bread approaches divine! Learning the simple steps in making sourdough breads, ranging from sandwich loaves to beautiful artisan boules, from tasty pizza crusts to herb-laden focaccia, and many other possibilities in between, can provide the willing baker not only the satisfaction of the process, but even more importantly, the knowledge that the ﬁnished product will be delicious, health giving bread: truly “the staff of life.”

The following is an overview of the “how to make sourdough bread” after which will follow a more specific outline in a subsequent blog. 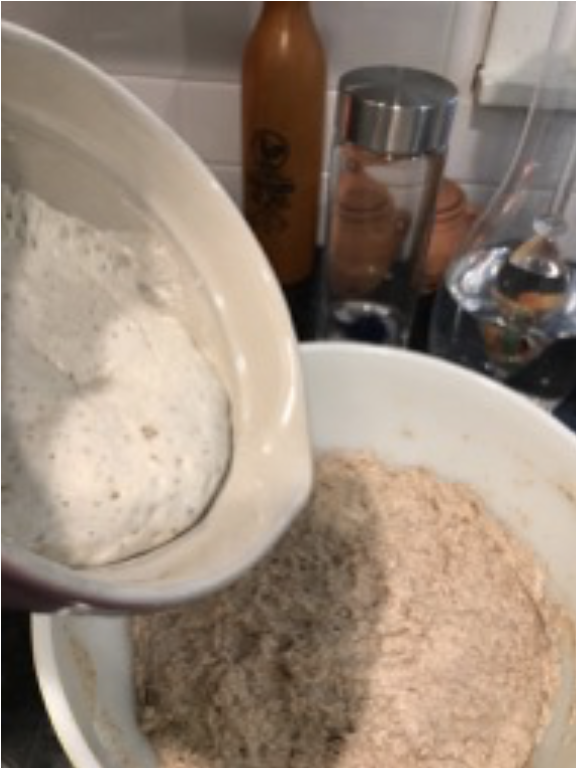 1. Wild yeast abounds in the air, especially in the kitchen of a baker, and creating a strong starter comprised of water and ﬂour, coupled with time, will produce a leaven that requires little attention except for occasional feeding and using. Preparation of a starter will take approximately ﬁve (5) days, the most important step for producing great sourdough breads if one is careful to follow the procedure. It should be a process that does not need to be repeated if one is diligent in feeding it once or twice a month to maintain its viability.
Note: I made my starter in March of 2016, and despite neglect from time to time, it remains extraordinarily robust in producing great breads despite less use since I’ve adopted a ketogenic lifestyle for over a year now.

2. Many online sources can provide various methods for creating a starter: Breadtopia (which is also my primary source for procuring whole ancient grains from which I mill my own ﬂour), The Kitchn and King Arthur Flour are excellent websites, and eventually, if you really become hooked, a must-have book that will provide a beautiful repertoire of unique sourdough recipes is Sourdough: Recipes for Rustic Fermented Breads, Sweets, Savories, and More by Sarah Owens.

3. Conventional yeast bread making typically requires much kneading to create good texture and a healthy rise, but the most basic sourdough recipe is usually limited to mixing the selected ﬂour(s) with water and the leaven (a bit of the starter mixed with water and ﬂour which was constructed at least 12 hours prior to incorporating into the remaining ingredients). After the leaven, ﬂour, and water are mixed together, the next step is called autolyzing which consists of allowing time – usually around 20 minutes – for the wet and dry ingredients to absorb into each other before adding the sea salt, a most necessary ingredient. 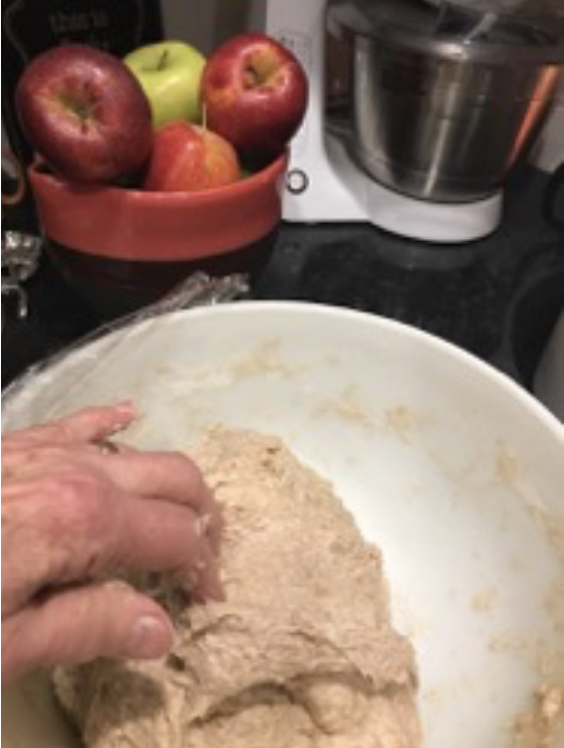 4. The next step usually consists of folding the dough which is still in the mixing bowl approximately four times every 30 minutes for about three hours, then placing the bowl or clothe lined boule or baguette forms, depending on the recipe, covered, into the refrigerator for 12 to 24 hours, depending on the recipe as well as your time frame – but, the longer the ferment, the better, as long as the leaven remain active. I never go beyond 24 hours. 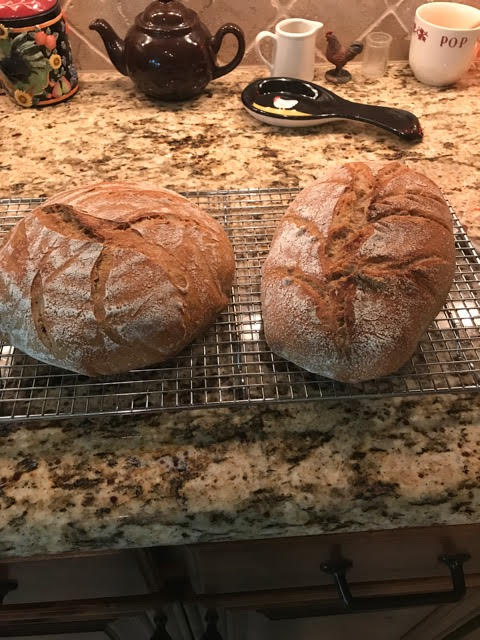 5. Depending on the selected recipe, the next step will vary except that the bread is usually scored, if it is a loaf, before it’s baked in a very hot oven. The next blog will be more recipe-speciﬁc, but for you readers who share a passion for making bread, if you have not already explored the joys of sourdough, you will be rewarded not only by the process of really baking from scratch, but also by the satisfaction of having made bread the old-fashioned way that far exceeds health-giving properties of any other bread on the planet… if you choose to incorporate the ancient grains such as millet, kamut, sorghum, teff, spelt, farro, amaranth, quinoa, etc. as well as the heirloom wheats such as emmer or einkorn, the oldest form of wheat on earth. Most of the aforementioned grains can be purchased in larger grocery stores and in health food stores, but who knows: you may be milling your own someday! Breadtopia has a ﬁne array of affordable (and some not!) grain mills that makes the process even more rewarding: the best bread ever is milled from freshly milled ﬂour…you can do it! 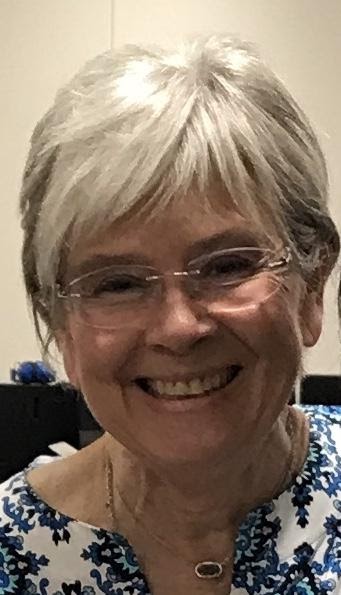 Janie Meyer Ray Prichard lives in Amarillo, TX, but was reared a farmer’s daughter in southwestern Randall County. Janie is a Master Gardener, calligrapher, retired English teacher, and a health aﬁcionado who has long enjoyed baking bread. She believes that Sourdough is the healthiest of breads–and sharing knowledge along with freshly baked loaves gives her joy.